The USC Alumni Association is celebrating the second release of its Trojan Wine Collection, and we are pleased to partner with E2 Family Winery to offer these unique, limited-release, custom-labeled wines, hand-selected especially for the Trojan Family. Proceeds from every purchase support the programs and services of the USC Alumni Association. 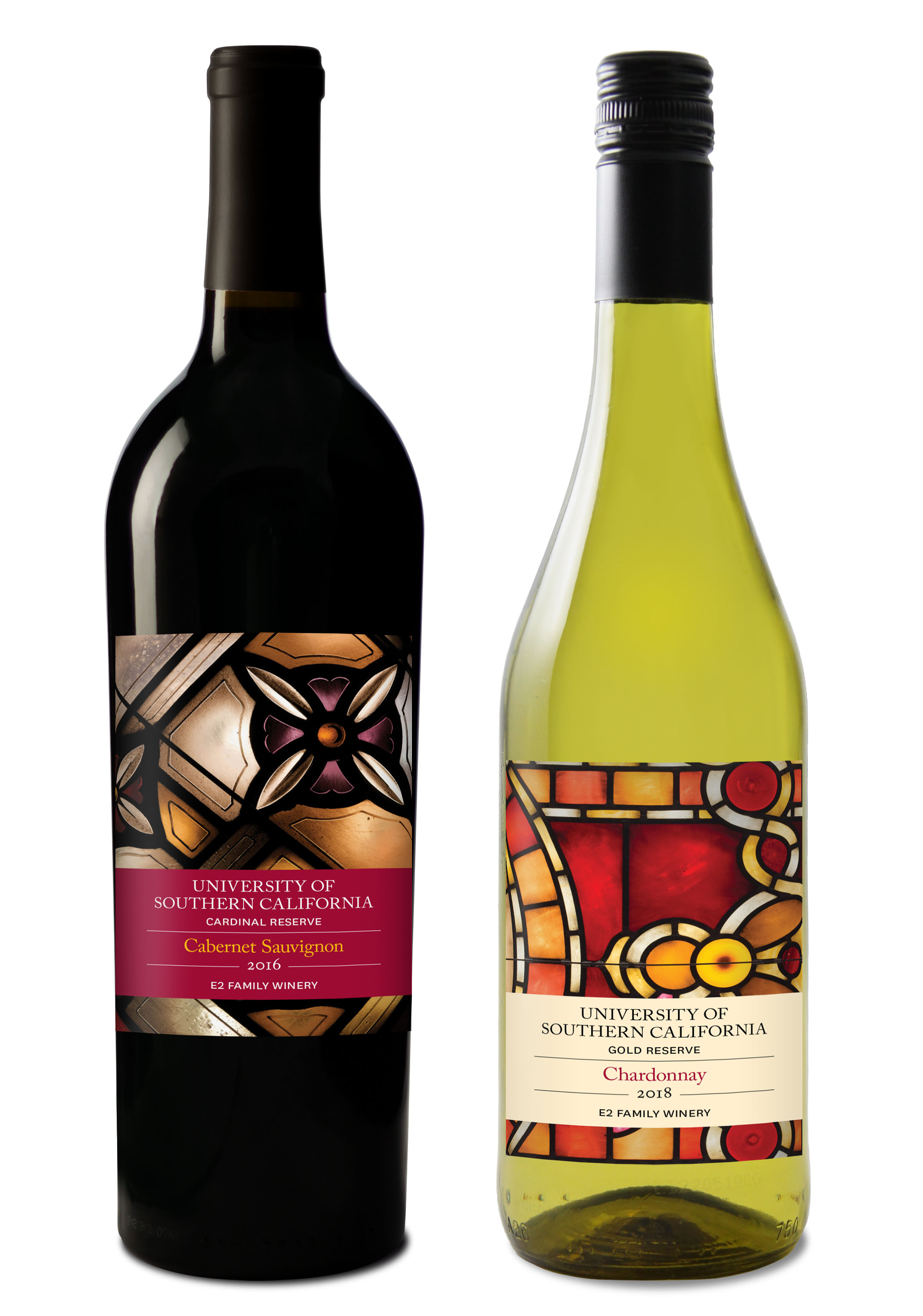 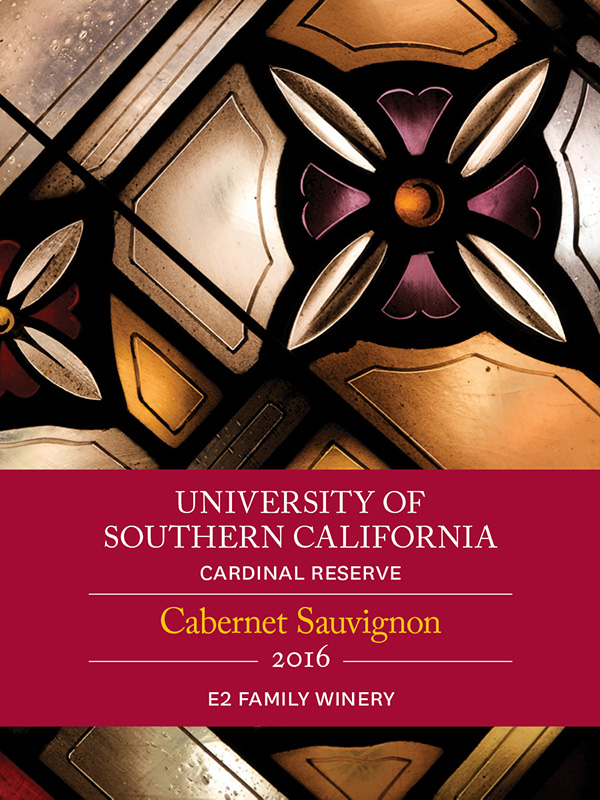 70% American barrels and 30% French barrels with a medium toast fill the nose with undertones of oak and vanilla with a hint of spice. Rich structure, dark berry and lush fruitiness harmonize with toasted oak tannins and smoky spice.

Label design features details of a stained glass window created by Judson Studios, installed on the door of the Little Chapel of Silence on USC’s University Park Campus. 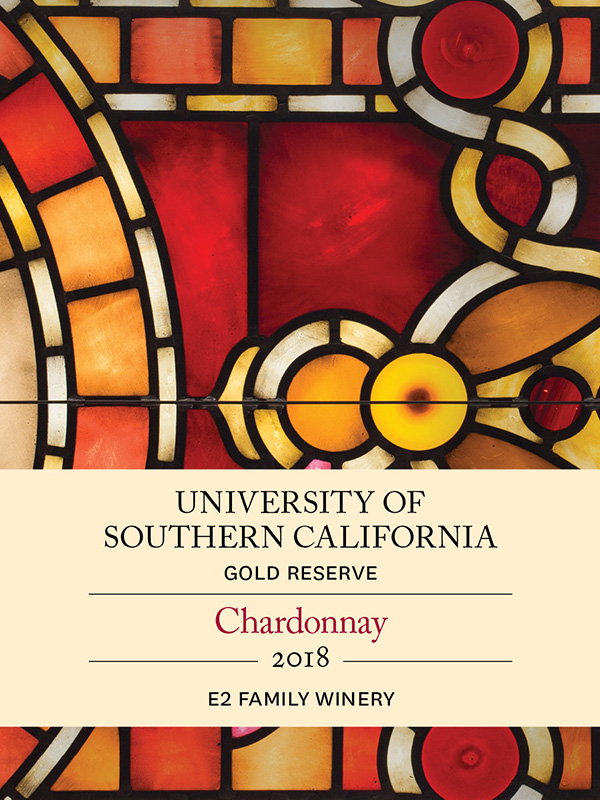 Pale light yellow in color, aromas of ripe honeydew and lemon rind intertwine effortlessly with creamy notes of vanilla and butter. This wine builds with crisp apple and a touch of spice, while the slight acidy finish maintains the freshness and structure. 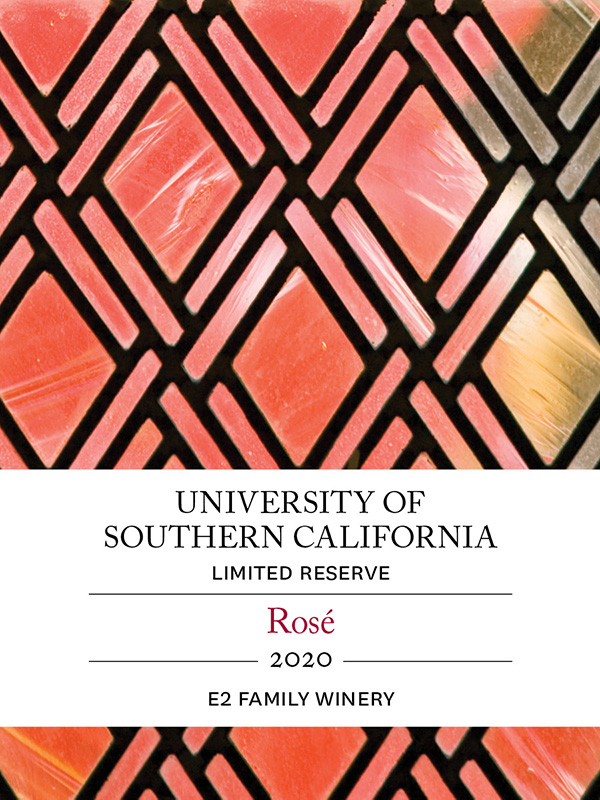 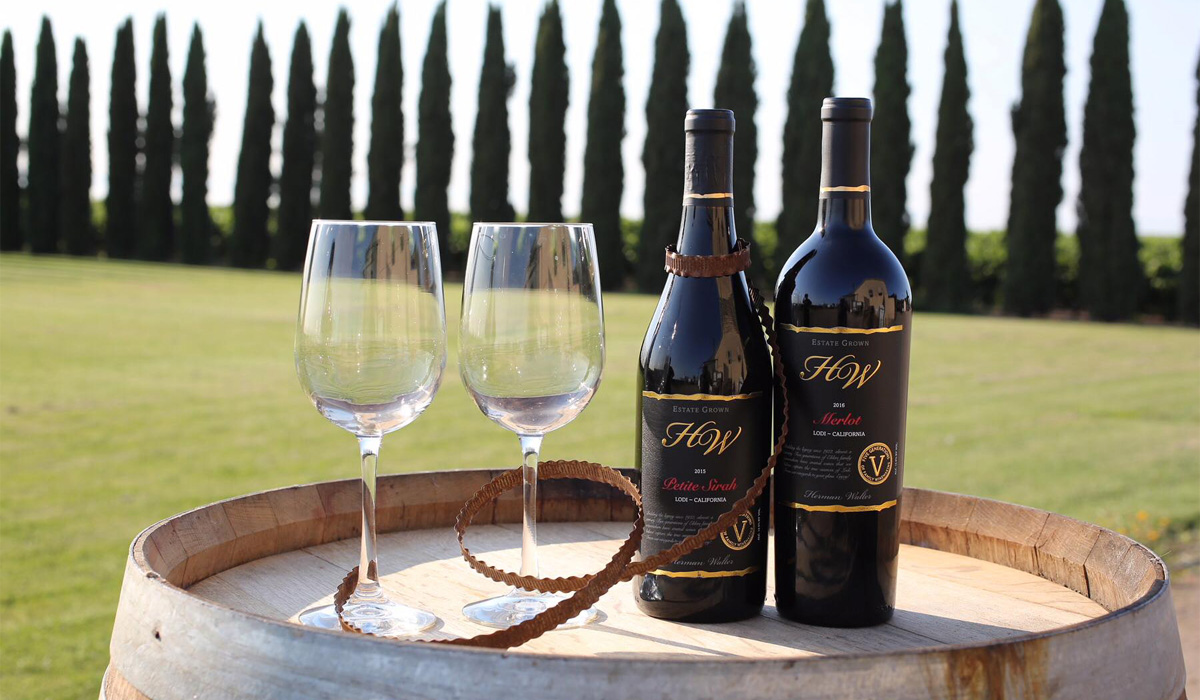 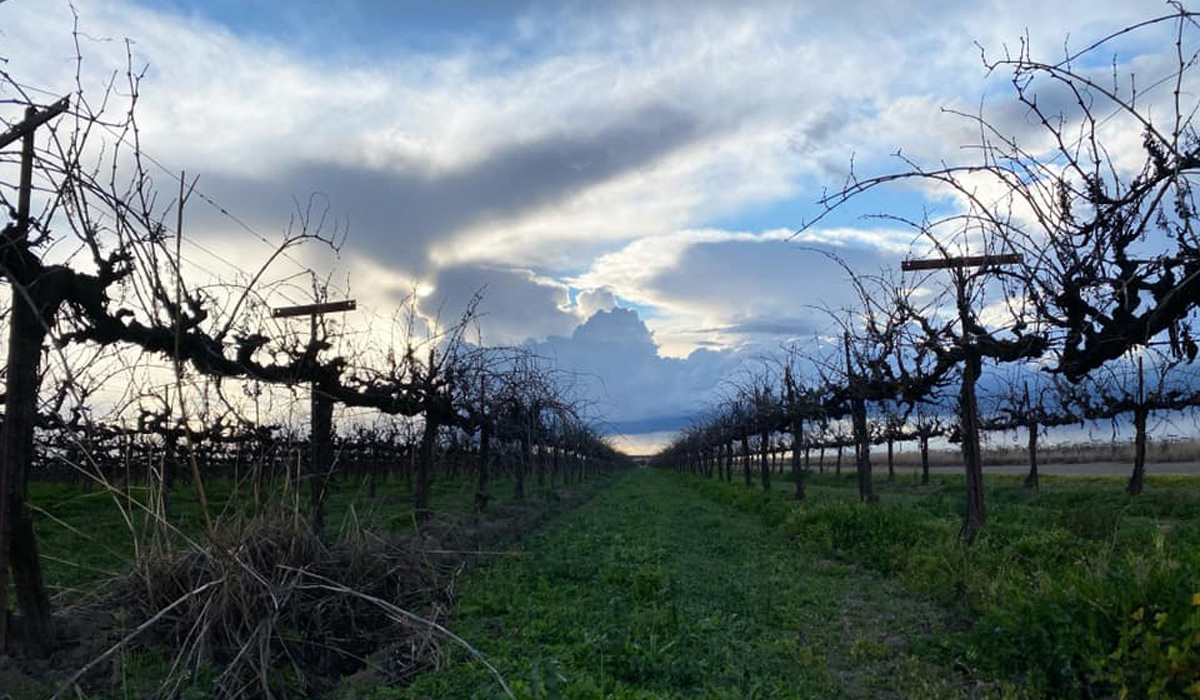 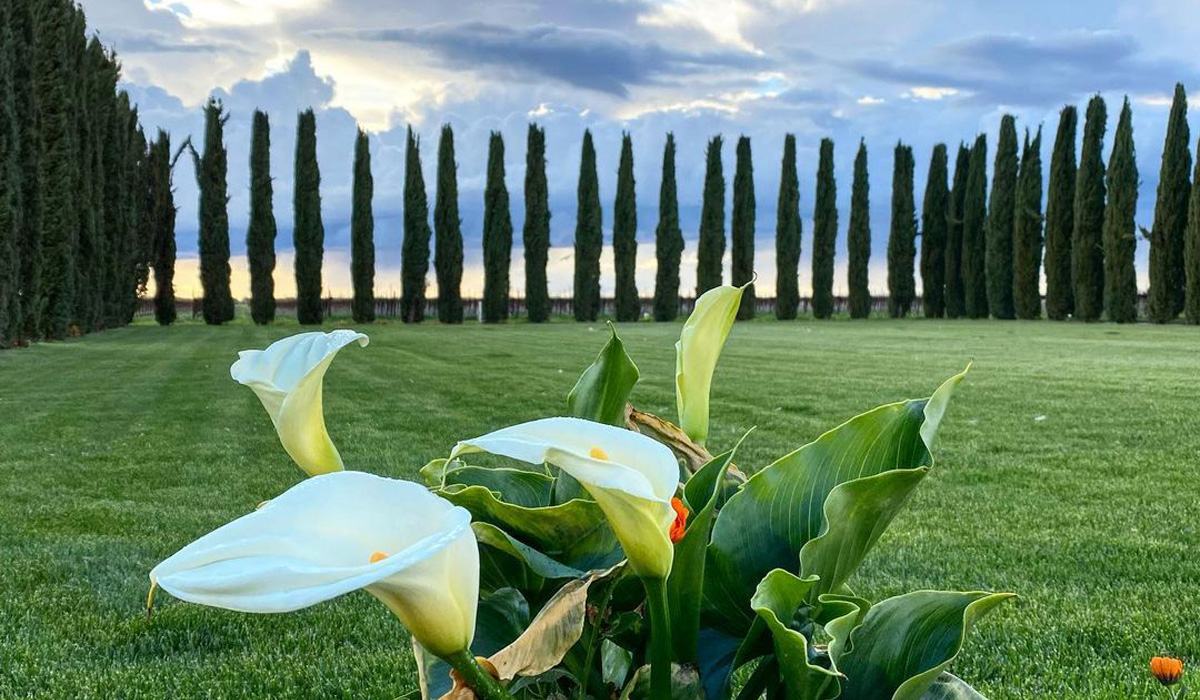 Some of the first family ancestors arrived in California in 1835 and settled in the town of Lockeford. Our great grandfather, Herman Walter Ehlers, began his education in wine in 1921, working at the National Fruit Product Company, which later became the Shewan-Jones Winery in Lodi.

In 1934, Lodi saw the completion of the new East Side Winery, just in time for the 1934 crush. The winery installed Herman Ehlers as its first master winemaker, a position he held for more than 41 years. Herman garnered awards all over California for his winemaking. But he felt that the highest honor he ever received was a lifetime membership into the American Society of Enologists.

1951 saw Herman’s eldest son, Walter, branch out and expand his farming ventures with the formation of the Herman Ehlers and Sons Corporation. That same year brought the birth of his only son, Steven Ehlers. Steven began working in the vineyards at an early age, continuing the family tradition of introducing the next generation into the family wine business.

Vintner Brett Ehlers’ grandfather, Nicholas Dellan, graduated from the University of Southern California in 1957, with a Master of Science in Education. He was a true Trojan. Fight On!

Contact customer service to see if wine can be shipped to your state.